From Idea to Reality

Much of modern technology was developed or realised many years ago, but has found its way, rapidly, into the mainstream during the last decade. Everything from the tablet (conceptualised in 1968 by Stanley Kubrick and popularised by Apple in 2010), to automatic doors (written of by H.G. Wells in 1899 and brought to the mass market in 1960), to Star Trek’s Phaser, a version of which the American army used in the Iraq War, has had a long period of dormancy before becoming available to the general public. Even Digital Radio, a service always with enormous potential, has taken over twenty years to become popular.

We are now in an era of ideas becoming reality and the modern driver can take advantage of technology to make their in-car experience safer, more practical, and more enjoyable.

California tech giants Scosche have just placed their flag in the ground, bringing the world of aviation to the world of motoring, with their new heads-up display system. Featuring a thin, 3.0″ windscreen display and OBD dongle to gather data from the vehicle, the HUD2 is the ideal solution for those looking for a futuristic display upgrade.

Watch our unboxing and installation video below:

First developed for military aircraft as a way for pilots to be able to view important diagnostic information and their real-world surroundings simultaneously, heads-up displays have vastly improved safety in a range of applications since, and it was only a matter of time before cars received the same benefits.

With the popularity of rear view cameras to aid in parking, and chimes to relay notifications to drivers, a windscreen-integrated display is the logical next step in creating a seamless, safe experience for drivers on increasingly busy roads.

The HUD2 is compatible with all vehicles made after 2001, is easy to install and boasts an affordable price tag of $39.99 in the USA. With its OBD link, the display relays crucial and accurate information to the driver such as speed (MpH/KpH), engine RPM and status indicators. 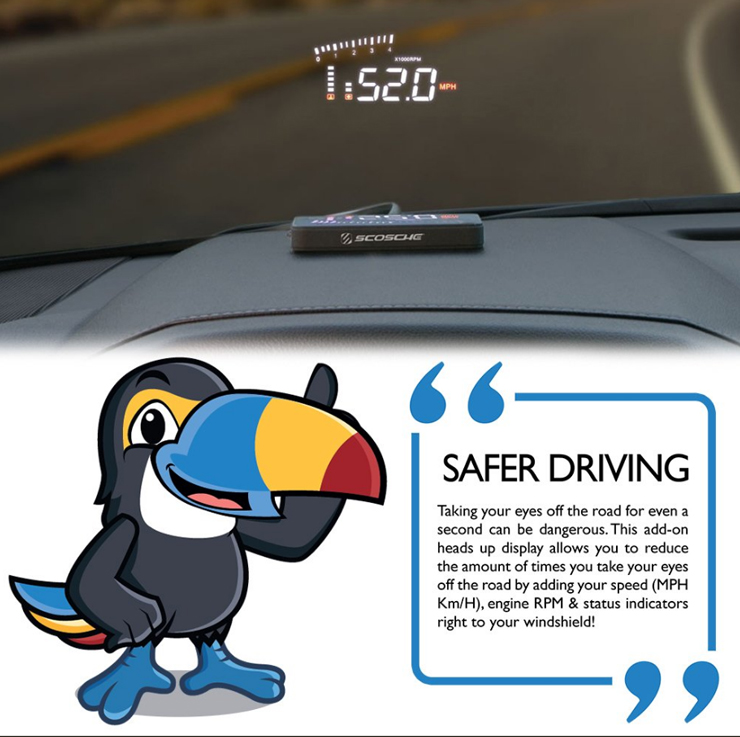 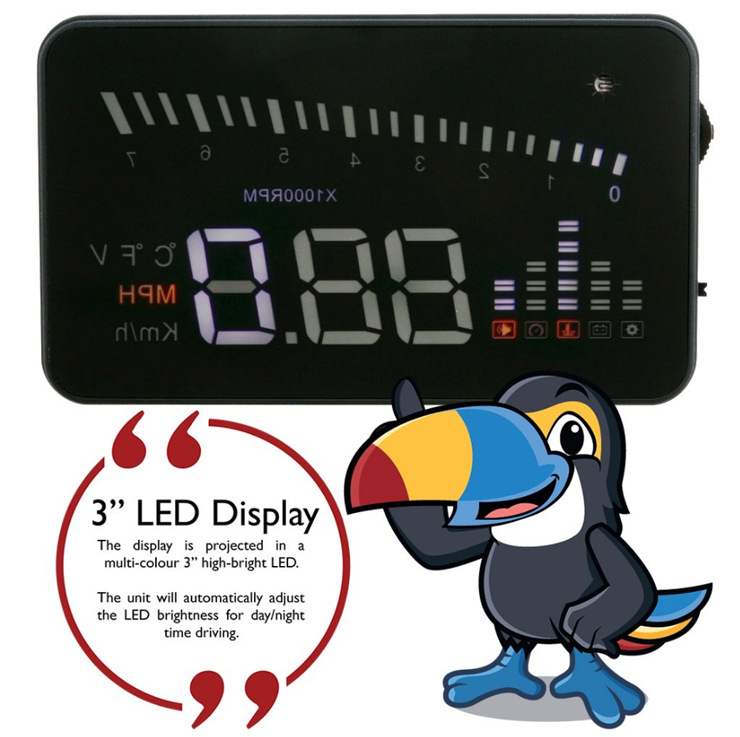 As European 12V distributor for Scosche, Connects2 are proud to bring to bring this product to the UK and Europe. You can read more about the HUD2 here or find a reseller. 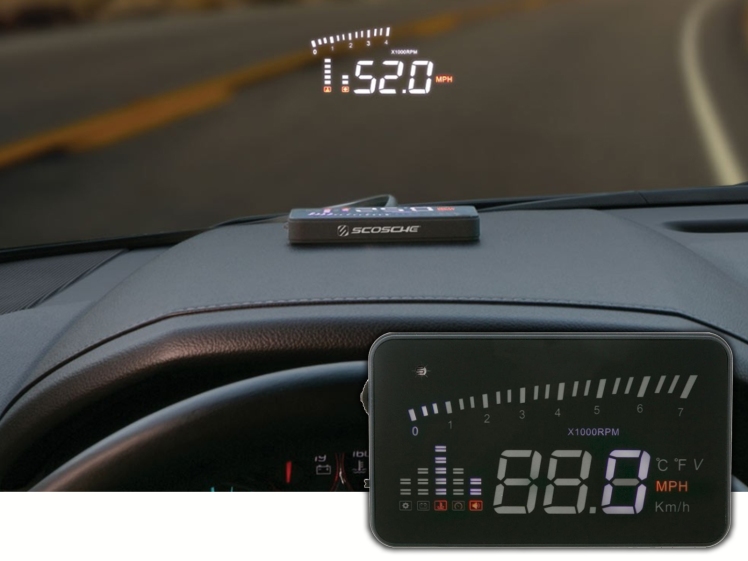